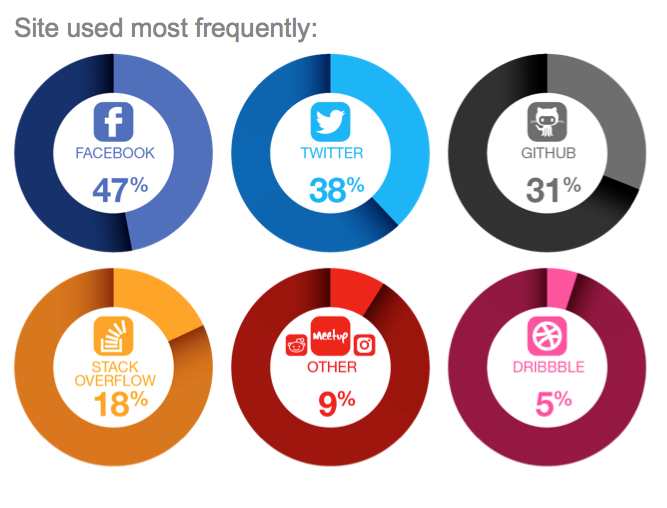 Social platforms have become the top source for recruiting tech candidates, according to a new survey from Dice. Some 58 percent of recruiters ranked social as first on their sourcing list, followed by job boards (45 percent), referral programs (25 percent), company career sites (16 percent), and outside agencies and recruiters (14 percent). While nine out of 10 tech recruiters currently use social tools to reach out to candidates, seven in 10 plan on increasing their usage even more in 2017. “Social recruiting,” in other words, is far more than a buzzword: for many recruiters, it’s forever enhanced how they work. But why do recruiters like social so much? In simplest terms, they see a high ROI. Some 87 percent of recruiters said that social has improved the quality of candidates; another 86 percent indicated improved quantity. Still others cited employee referrals (70 percent), time to hire (62 percent), and cost of hire (58 percent) as areas that social recruiting has boosted. Recruiters also like sourcing talent across a variety of social platforms, instead of concentrating on one. Some 46 percent of recruiters reported relying on three or more social sites, while 20 percent said they used four or more. In addition to the usual suspects (Facebook, Twitter), popular platforms include GitHub, Stack Overflow, Meetup, and Quora. By using all these properties, recruiters can develop a full portrait of candidates’ wants, needs, and experience before initiating a conversation. (Dice’s Open Web social recruiting platform, which gathers data from 180+ social sites to build rich profiles of tech pros, is another good way to streamline the process of collecting candidate info.) When using social platforms, recruiters pay particular attention to candidates’ skill and experience (94 percent), with work samples (55 percent), social profiles (43 percent), and interests (33 percent) lagging relatively far behind. Despite recognizing the clear benefits of social, many recruiters are struggling to integrate these platforms into their workflow. Some 38 percent of respondents said that budget and costs limit their social recruiting; another 65 percent indicated time constraints as their biggest obstacle. But the most pressing barrier is knowledge-based, with 72 percent saying that a lack of familiarity and training with social platforms holds them back. Recruiters need more time and training in order to make their social recruiting efforts a genuine success, and a lack of preparation can actively reduce the effectiveness of any outreach. When they do resort to social recruiting, for example, some 45 percent of recruiters reach out to candidates more than four times—which is potentially a big mistake, as most technology professionals tend to lose interest after only two recruiting attempts, according to Dice’s 2015 Candidate Survey. Moreover, some 55 percent of recruiters reported linking to a job in their initial outreach, before taking the time to build a true relationship. That’s a huge red flag, but one that more training could mitigate. Dice’s Social Recruiting in Tech survey offers additional insight into how recruiters are embracing social tools… as well as some of the biggest obstacles they face. Check it out:
Dice Social Recruiting in Tech Survey 2016-17 from Dice
Facebook GitHub Hiring social social recruiting Twitter
AUTHOR